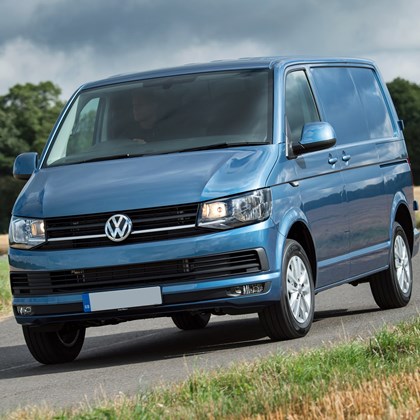 The Volkswagen Transporter once again leads the way reinforcing its popularity with SMEs and fleets alike. The IVECO Daily and Renault Master were in joint second while the Toyota Hilux pick-up completed the top three positions.

Prices in the used van market have been buoyant during 2021 and Aston Barclay’s August index identifies the most popular models at auction.

There was another strong month for larger panel vans which took 10 of the top 25 places as buyers look to optimise the carrying capacity of their vehicles as the home delivery sector continues to grow. Equally the popularity of pick-ups reflects the health of the construction and building sector with five – the Toyota Hilux, Mitsubishi L200, VW Amarok, Nissan Navara, and Ford Ranger - appearing on the list.

Geoff Flood, Aston Barclay’s LCV national sales manager said: “As the semiconductor shortage continues to impact new van production, we expect to see the used market remain strong for the rest of 2021. July new van registrations were down 14.8% year on year which has caused a significant rise in demand and price for used vans. This month’s index was another strong one for manufacturers like Ford, Mercedes, and Volkswagen and we expect this trend to continue as we move into Autumn.”

Aston Barclay’s data takes into consideration three key metrics: web views prior to sale, number of physical and online bids per sale, and the sale price achieved as a percentage of CAP average.